Writers look for inspiration everywhere. I have a note pad that declares Be careful – or you may end up in my novel. And there is truth in that statement, although I’d never transpose someone straight from reality into my writing but, on the other hand, we can only write about what we know (and what we can find out.) Recently, I was creating a character with a ’country’ occupation, so I lifted my neighbour’s trade of hedging straight into the novel. And while Evie Gallagher from ‘A Grand Old Time’ isn’t my Mum, she has many of my mum’s traits: she’s feisty, independent, with a strong sense of justice and a wicked humour. In ‘The Age of Misadventure,’ Nanny Basham’s behaviour when she’s alone, dependent and eating frozen meals for one owes a lot to my dad, who responded to being a widower in a similar way: he could be demanding, lonely, and unhappy but he always reacted to day-to- day living with resilience, mischief and warmth. A lot of Nan’s lines to Georgie are his, and I smiled a lot as I wrote them. I heard them resonate somewhere within me.

So many characters are ‘composites’ – real people blended with imaginary people. I’d never move into the taboo realm of characters being based solely on real people or –God forbid – on me. The same is true with the situations I create, the plot. Again, ideas come from the real world and are then shaken, stirred and reformed. I have a friend called Nick who is one of the best storytellers I’ll ever meet, from the oral tradition of captivating an audience and then wowing them with a brilliantly stunning ending. I have a couple of his corking tales fermenting away in the attic of my imagination. One of my lovely neighbours, Jackie, told me a story about something she did that was so evocative, I’m going to reshape it and use it for the end of my current novel. So all the ideas are out there – they must come from somewhere. And often those places are unexpected.

The novel I’m currently writing, which we’ll call ‘BATS’ as a title anagram (for the time being), is about the interplay between three characters. One of them is in her late seventies, single, and I needed a background for her that shows her independence, her background, her career and her attitude to being alone in a time when most women were expected to marry and have children. For a while, the character of Barbara was fermenting away on the screen, waiting for the final ingredient.

Then, this weekend, I went to a ‘Christmas Dinner,’ one of those events I’m invited to, but I don’t really know anyone well and I don’t really want to go. It was a club event, a hobby I’m not really interested in, and I was invited by default. I arrived during a damp mid-day, and I wasn’t looking forward to a three-course meal. My lunch is usually a handful of dried fruit and a mug of green tea. I bought a glass of wine at the bar, decided I’d make the best of it and went over to talk to a few people. Once there, I started to look forward to it a bit more – I knew a couple of people who were there already and they are very nice. When I took my place at the table, I was seated next to people I didn’t know, which always means two things: firstly, they’ll probably never meet me again, so I can misbehave as much as I like, and secondly, it’s an opportunity to research for characters in a novel. I have to admit, I love meeting new people, as long as I can get them to chat with me reciprocally, avoiding them embarking on monologues or offering lengthy episodes of transmission about things I don’t understand. (That scenario does happen to me frequently.)

The lady seated to my left was called Lizzie. She was beautifully dressed, neat and charming, and she told me she was in her early nineties. We started talking before the soup arrived and she told me she had a ‘toy boy in his eighties’ and they went dancing together every week. He was sitting next to her, on her left, smiling and dapper in a dark suit. They were both lovely people. She told me she’d been a secretary in the Royal Airforce in her younger days, a good profession then, in a time when women were not allowed a mortgage except jointly, with their husbands. We had a great chat about her youth, although she never used the phrase ‘in my day.’ These are all Lizzie’s days, the past, the present, the future.

The meal passed quickly and she was delightful company. I was mentally recording her history, her experiences and her attitudes, some of which will find their way into Barbara’s character in the novel I’m currently writing. There was a raffle for fun and she won a panettone. ‘Oh, lovely – I’ll enjoy eating that at Christmas,’ she giggled. It was clear she had an appetite – not just for posh Italian cake but for life. She was living in the present with an eye on the future. What an inspiration.

When we left she hugged me and her friend, the ‘toy boy,’ kissed my cheek and said ‘Thanks for talking to Lizzie.’ I was amazed. I was thankful she’d spoken to me – not just for the research, but for the privilege of meeting such a wonderful woman and having an insight into her life. I wondered for a moment about his thanks: if it was because younger people rarely chatted with older people with such interest. Then her partner whispered in my ear ‘She’s ninety nine, you know.’ Of course I was amazed – Lizzie defied all stereotypes. She was fit, lithe, beautiful, graceful, sharp-witted, humorous, energetic – all those things older people are not supposed to be.

I went home with a smile on my face. Time teaches us lots of lessons – firstly, going to a lunch at any time is a joy, an opportunity for fun. I was lucky to be invited and to have the chance to meet new people. What a waste of my energy it was for me to decide beforehand that I didn’t want to go, that I probably wouldn’t enjoy it. Such prejudgement is more about me being a Christmas curmudgeon than about the event itself. And I also needed to reflect on how society thinks about older people, who are a font of wisdom and a source of great interest. To be thanked for talking to someone who was such a delight seemed at odds with how the world should be. I should have thanked her. Is it really so surprising to want to talk to someone who is so much older than we are? If that’s so, we need to reconsider our attitude to older people. Our most senior citizens aren’t just there for sitting around in Parliament and care homes. They certainly aren’t to be dismissed as just the ‘ageing society.’ They are fascinating people, warm and wonderful, who are a privilege to know. And of course, before too long, we will be older, just like them. If we are lucky. 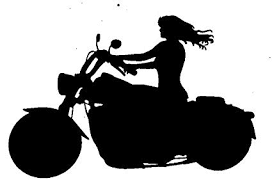