In the imposing Glen Carrick House overlooking Scotland’s famous Loch Ness, lives eighty-eight-year-old Mimi McKinlay, cared for by her three adult sons. Hamish has inherited his mother’s musical talents, Fin is the responsible brother, and Angus has the complicated and brooding personality to match his dashing good looks.

But what all the brothers share is a concern that their beloved mother is living in her memories of her days on stage, while letting her present days pass her by.

Jess Oliver is at a turning point. Amicably divorced after years of being married, this trip to the Highlands is a first taste of independence. It isn’t long before the beauty and hospitality of Scotland captures her heart.

When Mimi and Jess’s paths cross, a friendship is formed that will change both women’s lives.  And as together they find ways to look forward instead of to the past, long forgotten dreams are within reach, and every new day is fresh with possibilities.

As a love affair comes to an end, and with it her dreams for her future, artist Selena needs a retreat.  The picture-postcard Sloe Cottage in the Somerset village of Ashcombe promises to be the perfect place to forget her problems, and Selena settles into her new home as spring arrives.  But it isn’t long before Selena hears the past whispering to her. Sloe Cottage is keeping secrets which refuse to stay hidden.

Grace Cotter longs for nothing more than a husband and family of her own. Content enough with her work on the farm, looking after her father, and learning the secrets of her grandmother Bett’s healing hands, nevertheless Grace still hopes for love. But these are dangerous times for dreamers, and rumours and gossip can be deadly. One mis-move and Grace’s fate looks set…

Separated by three hundred years, two women are drawn together by a home bathed in blood and magic. Grace Cotter’s spirit needs to rest, and only Selena can help her now.

Val didn’t expect to be starting again in her seventies, but when life gives her lemons, Val is determined to make lemonade.

Settled into her new home – a picture-perfect fisherman’s cottage in the small Cornish seaside town of Lowenstowe – Val is ready to start a new chapter. And with her son due to get married next Christmas, there’s also the little job of finding herself a plus-one to help her face her ex-husband and his new girlfriend.

With the support of her neighbour Connie, and after decades of married life, Val takes the plunge back into the world of dating with trepidation and excitement. But can she remember how the single life works, let alone what her type is? There seem to be plenty of Mr Maybes, but no sign of Mr Right.

As the year passes, and as friendships and community life flourish, Val begins to blossom. And as Christmas approach, she might just decide she doesn’t need that plus-one after all – although never say never…

It has been a long and lonely year for neighbours Vivienne, Mary and Gwen. All ladies of a ‘certain age’, their lockdown experience has left them feeling isolated and alone. They are in desperate need of a change.

Things start to look up however, when Gwen comes up with a plan to get them out of London by borrowing a motor home. In no time at all the ladies are on the road – away from the city, away from their own four walls, and away from their worries.

The British countryside has never looked more beautiful. As they travel from Stonehenge to Dartmoor, from the Devon and Cornish coasts to the Yorkshire moors, gradually the years fall back, and the three friends start to imagine new futures with no limitations.

And as their journey continues and their friendships deepen, and while the seaside views turn into glorious mountains and moors, Mary, Vivienne and Gwen learn to smile again, to laugh again, and maybe even to love again. Now they can believe that the best is still to come…

When 82-year-old Lil decides to book herself, her 65-year-old daughter, Cassie, and her friend Maggie on a bus trip across Europe, she hopes for a little adventure to counteract the monotony of life in sheltered accommodation.

Along with three members of the Salterley Tennis Club and the Jolly Weaver five-a side football team, whose ideas of a good time are rather different to Lil’s and strikingly at odds with each other’s, the merry band of travelers set out on their great adventure.

From moving moments on the beaches of Normandy, outrageous adventures in Amsterdam, to the beauty of Bruges and gastronomic delights of France, the holiday is just the tonic Lil, Maggie and Cassie needed.

And as the time approaches for them to head home, Lil makes an unexpected discovery – even in her advancing years, men are like buses – there isn’t one for ages then two come along at once. Is Lil ready to share her golden years, and can the ladies embrace the fresh starts that the trip has given them. Or is it just too late to change… 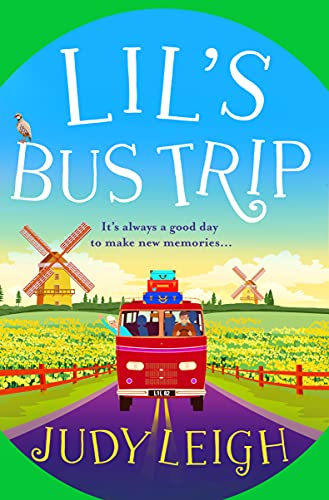 Molly’s seventieth birthday comes as something of a shock. The woman in the mirror certainly looks every day of those seventy years, but inside Molly feels she still has so much more living left to do. Widowed and living alone with her cat Crumper, Molly fears she is slipping into a cliché of old age.

When Molly’s sister Nell appears on her doorstep, distraught that her husband of more than forty years, Phil, has left her for a younger lover, the women decide to seize the day. By the morning, flights are booked, bags are packed, and off they go for an adventure in Spain.

The sun, the sea, the new friends and the freedom are just the tonic for broken hearts and flagging souls. But even Spain isn’t enough to revive Molly’s spirit. A solo journey to Mexico is booked as Molly continues to chase the sun and to chase happiness. Will she find what she’s looking for in Mexico, or will she discover that true contentment can’t be found on a map, but it might just be found in a new flame. 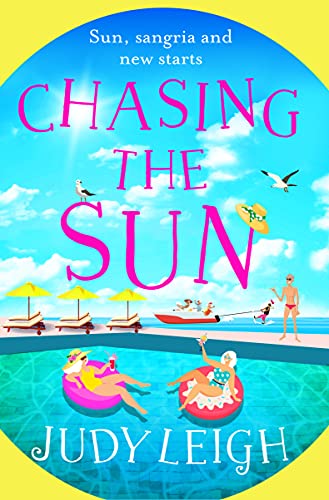 Heading over the Hill

Billy and Dawnie may be in their seventies, but that won’t stop them taking chances or starting again. Their grown-up children have families and lives of their own, so now it’s Billy and Dawnie’s turn, and a life near the sea in Devon beckons.

But the residents of Margot Street (or Maggot Street as Dawnie insists on calling it), don’t quite know what to make of their new neighbours. Billy’s loud, shiny and huge Harley Davidson looks out of place next to the safe and sensible Honda Jazz next door, and Dawnie’s never-ending range of outrageous wigs and colourful clothes, means she’s impossible to miss.

As new friendships are formed and new adventures are shared, Billy and Dawnie start winning their neighbours’ affection. And when life teaches them all a terrible lesson, the folks of Margot Street are determined to live every day as if it’s their last. 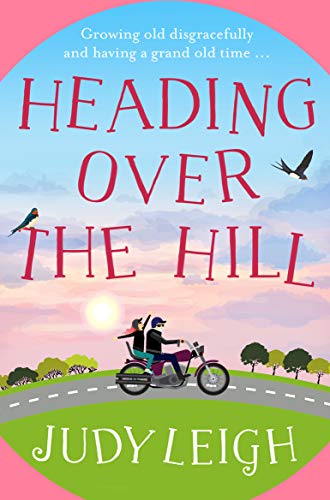 After a health scare, 77 year-old spinster Barbara goes to convalesce in the sleepy picture-perfect English country village of Winsley Green with her sister Pauline. The sisters are chalk and cheese – Barbara, outspoken and aloof and Pauline, good natured and homely – so it’s not long before the tension starts to rise.

When Pauline accidentally knocks down a vagrant called Bisto Mulligan, the ladies find themselves with another houseguest. As he recovers, it becomes apparent that Bisto is not who he first seemed and, as the sisters get to know the kind and courageous man he really is, it’s clear Bisto could change both of their lives.

As the spring turns to summer, and the English countryside comes to life, can the three friends make the changes they need to, to embrace fresh starts, new loves, new journeys and new horizons. Or do old habits die too hard?

When 73 year old Jen announces that she is going to marry Eddie, a man she met just a few months previously on a beach on Boxing Day, her four best friends from aqua aerobics are flabbergasted.

The wedding is booked and, when the groom decides to have a stag trip to Las Vegas, the ladies arrange a hen party to beat all others -a week in the city of love, Paris.

From misadventures at the Louvre, outrageous Parisian cabarets, to drinking champagne with a dashing millionaire at the casino, Paris lives up to all their hopes and dreams. But a week can change everything, and the women that come home have very different dreams from the ones who got on the plane just days ago.

My second novel, The Age of Misadventure, was published by HarperCollins, Avon in February, 2019.

All Georgie Turner wants is to keep her family together. But with her daughter growing up fast, her sister married to a man Georgie hates, and their aging aunt getting more and more outrageous, nothing’s simple.

So when her brother-in-law makes his biggest mistake yet, Georgie sees the chance to reunite the ladies in her life. And after a little persuasion, three generations of Turner women head off on a very unusual road trip. Georgie’s confident that some sun, sea and a bottle or two of prosecco will make this an adventure they’ll never forget.

What could possibly go wrong?

My debut novel, A Grand Old Time, was published by HarperCollins, Avon, in May 2018. It is available in Germany, Denmark, Sweden, Canada, Italy, Czechia, Slovakia and Japan.

Evie Gallagher is regretting her hasty move into a care home. She may be seventy-five and recently widowed, but she’s absolutely not dead yet. And so, one morning, Evie walks out of Sheldon Lodge and sets off on a Great Adventure across Europe.

But not everyone thinks Great Adventures are appropriate for women of Evie’s age, least of all her son Brendan and his wife Maura, who follow a trail of puzzling text messages to bring her home.

When they finally catch up with her, there are shocks in store . . . because while Brendan may have given up on life and love, Evie certainly has not.

Here is the link to my author page: https://www.bookbub.com/authors/judy-leigh

Here is a list of publications, prizes, commendations, and places  where my writing can be found. This includes publications which can be purchased, competitions, websites, newspapers, radio broadcasts and novels.