Have you ever experienced the phenomenon of a book you should have read, but somehow it has slipped your attention? For me, John Williams’ Stoner was one such novel.

Worse still, when it came to my attention, I thought it was probably about drugs and bought it expecting something similar to Hunter S Thompson’s Fear and Loathing….

Stoner is the story of William Stoner, and it is probably  one of the saddest book I have ever read. Perhaps that’s not entirely true, as a lot of my current reading and research is about hidden cultures and wasted lives, racism, prejudice and diaspora. But in terms of a simple novel, sparsely but beautifully written, Stoner is the story of a man with incredible potential, a heroic figure who settled for something less than he wanted. Stoner proves Louis Macneice’s words to be true.

These are, as I began, cumbersome ways to kill a man.
Simpler, direct, and much more neat is to see
that he is living somewhere in the middle
of the twentieth century, and leave him there.

William Stoner’s story is a familiar one. His parents run a farm and, as a young man,  he helps out. The family  are living hand-to-mouth and his father decides, despite the financial sacrifice, to send young William to university in Missouri, in the hope that he can bring new ideas on agriculture and farming home to the family, so that they may hope for a better standard of living. In his second year, William discovers Literature and, after this epiphany which renders him speechless,  he is buoyed on the beauty of words, through a Masters and a PhD, and he begins a career as a lecturer.

He has little experience of women, so he courts the ethereal Edith and he expects to find happiness. He is inarticulate and naive, and no good can come from such an awkward liaison. The descriptions of his wedding night and his early married years are truly tragic. Love continues to elude him in different ways: his daughter, Grace, the erudite and thoughtful Katherine.

Friendship is not satisfactory either, although some people admire him and are loyal. He makes enemies at university: he has small triumphs and disappointments.

A shy son of the soil, inarticulate but able to appreciate beauty, Stoner is a tragically heroic figure. However, the novel asks questions of the modern reader. Stoner was written in the early sixties, so there are clearly valid  accusations of misogyny in Williams’ characterisation  of women. Stoner’s women are neurotic, feckless, passive: they are alcoholics, harpies, shrews, sexually repressed. Their behaviour ranges from  wildly demanding to weak and pliant.

Stoner himself can be accused of being harsh in his judgement of others. He is often negative and derisory to other men and he readily gives his free time to visit the house of a female student he admires on the pretext of helping her.

Williams’ attitude to Stoner’s antagonists is also outdated: Hollis Lomax is an uncomfortable stereotype: his body is described as ‘grotesquely misshapen.’ Stoner does not come out well from the incident where he fails the intelligent Walker’s oral comprehension examination. Stoner is blinkered, at best, and more probably  discriminatory and despotic.

However, read in the context of its time and place, Stoner is the sad exposition of a life which is unfulfilled and stoically endured, and it makes for a poignant read. Stoner is a victim, a fool and a martyr, and he has been fortunate to have an education which has offered him opportunity for advancement and autonomy.

Nevertheless, his life is tragic: despite his unflinching resolve, he achieves little of value in the sum of his days and I had the strong sense, while reading, that perhaps the stoical acceptance of mediocrity was part of the culture of the generation who were born just after the turn of the twentieth century. Stoner is an Everyman figure who made me feel fortunate not to have been born in those earlier times of war and depression, misogyny and patient endurance.

The book ends as we might expect, and there is a strong sense of the futility of human existence.

However, even in these current times of war, depression, misogyny and prejudice, it is a useful reminder to consider how far we have come, if we have. 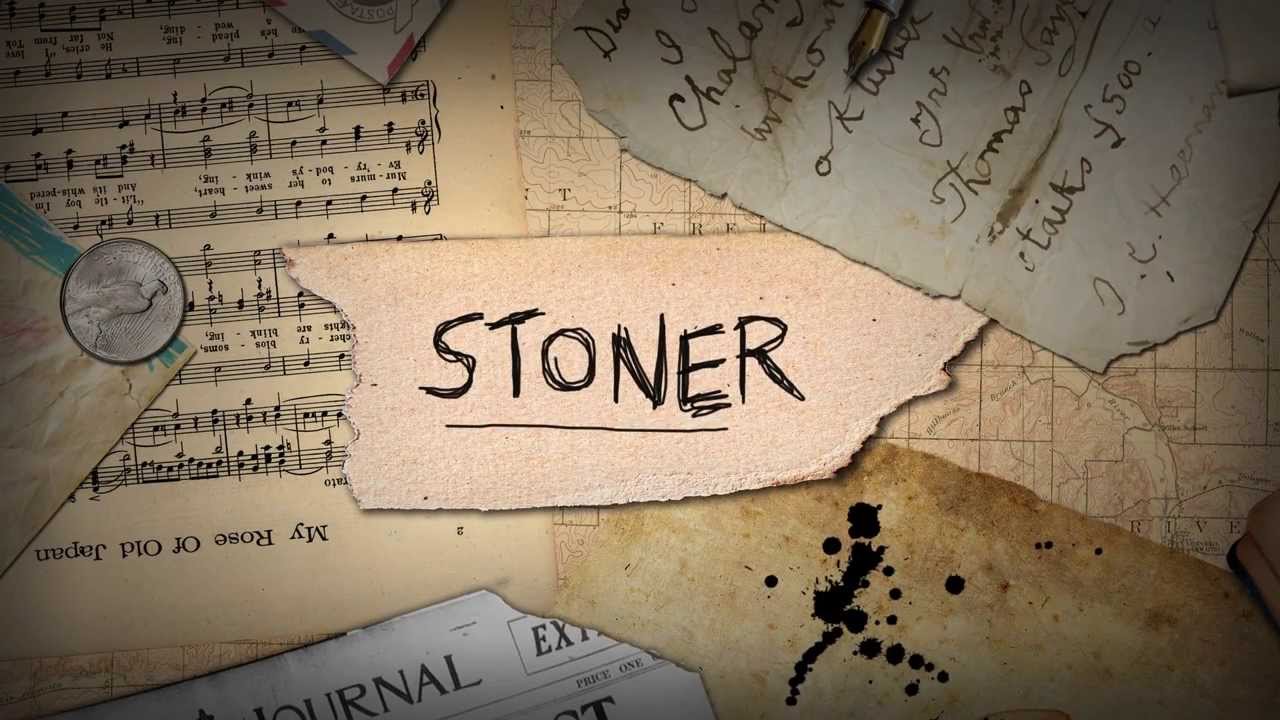