I totally love this book. Without doubt, it will be my book of the year. The blurb on the front cover predicts that it will be a classic in years to come. That’s a huge claim, so I began reading it with interest and a bit of scepticism. But it is out there with the best.

It breaks every writing rule I’ve ever been taught. Flashbacks in novels were something we were always told we should consider with caution, only using them sparingly and if really necessary. This novel throws them in all over the place. A character, a moment’s action,  then we slip back into the past for fifteen pages and relive a previous experience. And it works so well.

I was once advised not to use anthropomorphism in my writing. In this novel, the pine trees watch and stoop in sorrow, the rain sings, a half-eaten sandwich lets a character remember she’s hungry. This writing breaks all the rules and sometimes the narrative might even repeat phrases or images- Ruby’s hair is a river, her legs are long as the Nile – but it is a thrilling read and each page pounds the reader’s heart like a drumbeat .

Ruby by Cynthia Bond is about a Ruby Bell, a free-spirited, fatherless child; about the man who loves her, Ephram Jennings, and their community. It is about the abuse of women and what repeated abuse does to them and to the abusers. It is about loyalty, about the reasons and  repercussions of madness.

In Ruby, the occult and organised religion are inextricably connected, the supernatural is a part of everyday lives and oppression is commonplace. Ephram’s mother suffers at the hands of his preacher father:  she ‘ripped out the seams of her own dreams and patched them into his.’ Ruby is abused from childhood onwards and she learns to accept and expect her treatment:’men were a slight discord that she waited to pass.’

Ephram is a gentle soul who wants to rescue Ruby, despite the community and his obsessively religious sister opposing him. He is determined to save Ruby although she is damaged, alone and ostracised, and he is eagerly pulled into her life. He cleans her, tidies her home, and attempts to stand against the injustice inflicted on her despite tough opposition.’Maybe crazy was a cold you caught.’

The community, a town interestingly called Liberty, is determined to destroy Ruby and Ephram is her only ally. Simply, that is the story, the narrative delving into character, background and action.Description is abundant and luminous: the red soil; Celia’s white cake made with twelve egg yolks; Ma Tante, the black magic woman;a demon entering a man about to commit a rape; a preacher inciting men to hate women while his wife watches from the bushes; Otha’s horrifying madness.

Ruby is made to suffer because she is beautiful and different. Ephram suffers because he has a beautiful heart and because, unlike other men, he is unselfish, kind and seeks justice for Ruby. His sister, Celia, becomes Church Mother, during which time she learns to despise what she sees as her brother’s weakness and her protective feelings turn to hatred and revenge. Each incident, each character is described in a way which is breathtaking. Cynthia Bond uses words cleverly, jewels which make each moment shine with light, and as a reader I was hypnotised by the novel’s devastating violence and captivating pastoral beauty.

Ephram is a heroic man, the courageous soul who drifts above the debasing abuse perpetrated by the rest of humanity. Ruby is the victim who accepts and embodies the debasing treatment she is given. The novel is exquisitely written and it is the type of narrative which inspires other writers to play with words and imagery and to create characters which stick to the reader’s soul, leaving visual and emotional  impressions which stay in our thoughts long after the final thrilling pages.

I can’t praise this novel highly enough. It’s sublime. Read it. Let me know what you think. 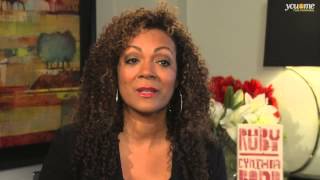