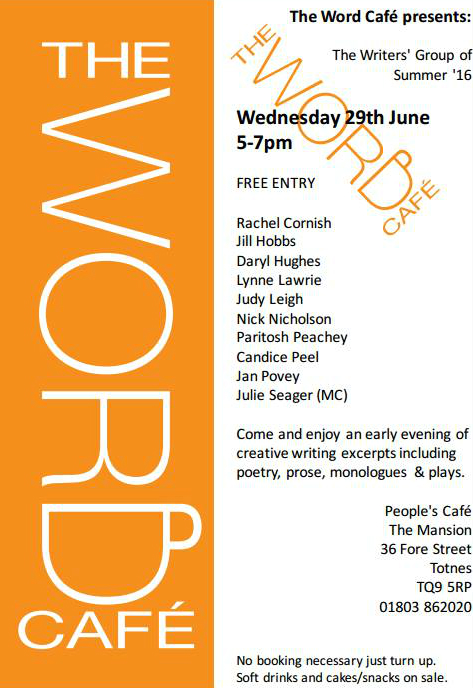 So the world is imploding. All sorts of worms are crawling out of the opened can.The negative feelings of the disenfranchised are manifesting themselves as widespread disagreement and arguments and dissatisfaction and we’re seeing Facebook memes of Pooh Bear and Piglet healing rifts between polarised friends. Everyone has a strong opinion – thank goodness for Free Speech, but now we live in a world where the Emperor’s new clothes are off and no-one will acknowledge the nakedness. Lies are legitimate political currency now, and so are double crossing and hatred, all coming fresh from the mouths of the political right this week. Before the vote, the unhappiness and untruths were an undercurrent, now we have a tsunami: Gove spitting vituperative statements of Johnson’s ineptitude, the Tory leadership oven hotting up to explosion point and Jeremy Corbyn, though many still love him, lugging a Labour party which might snuff itself out in the next General Election. And Farage, the most ineffectual and dangerous of stand-up comedians, humiliating himself with his pathetic hubris at the European Parliament.

This week was all too much. It’s time to rise above the stench of the detritus. Thank goodness for the solidarity of a writing group.

Most writers agree that a good writing group is what makes a difference between basic writing and honing our skills. A regular writers’ group is essential, using the balance between astute critiquing and positive praise if we are to improve and develop style. I’m fortunate to still be in touch with many talented writers from my MA group and I have a number of trusted readers, who are writers and poets, who will always give me a straight opinion.

Then there is our local writers’ group, a group of some ten or twelve people who write short stories and poems and memoirs. I joined the group in September last year so that I could keep myself on my toes, finish my first novel, start a second and dabble in creating  different characters and perspectives and genres.

Our tutor is a real enabler, a poet and always full of ideas, offering great stimuli and weekly feedback on our work. Then there is the group itself with so many clever writers. One talented woman may well now embark on completing an exciting children’s book. A woman whose memoirs of life in London in the fifties and sixties thrill her listeners each week. An ex-policeman’s writing is invariably warm and measured and dry and witty. An artist/ musician’s stories of local life are genuinely moving, funny, clever and hugely entertaining. An actress/ performance poet, professional and iconoclastic is always uniquely surprising whether she writes comic or poignant pieces. Each week, local writers deliver smooth stories, witty and lively responses and ideas which leap off the page. Even better, it’s great to see creative people flourish and become even more confident and articulate.

Last night we celebrated with  a writers’ party, a local reading in a cafe where several of us came together to stand in front of a microphone in turn and humbly offer our poems and stories to an audience. It was a great way to end our summer course, and an opportunity to revel in how far everyone had progressed. There were stories about a gifted magical girl, drunken bets on racehorses, childhood mischief in Paris, sex and washing machines, a nasty uncle who raced greyhounds.Every tale was a gem and truly entertaining.

Politically, it’s a changing world and a pivotal time for us all now. We’re expected to accept lies as truths whether they are promises on buses or vows not to stand for PM. The Bullingdon boys and the Etonians and Gove now have it their way and they have become reckless, their mayhem is all around us and many of the disenfranchised people have voted with their emotions and their misplaced trust. We will live with the consequences as best as we can.

Thank goodness for friendship; thank goodness there is talent, that we can share creativity and meet with thinking people. This is, of course, not to ignore or stop the fight against xenophobia and dishonesty and corruption and political  duplicity and ongoing perfidious betrayal of the ordinary person. But it is important to remember that there is much in our world to love, to enjoy and to celebrate. There are so many people to say thanks to, for friendship and support, whatever their views, however they voted. This blog is for them all, to remember that the way forward is to be joyous and mindful and that we are bigger than any divisions; we will change what we can when we can and, meanwhile, we’ll celebrate the present. After all, it is just that, the present, and the present is a gift, isn’t it?