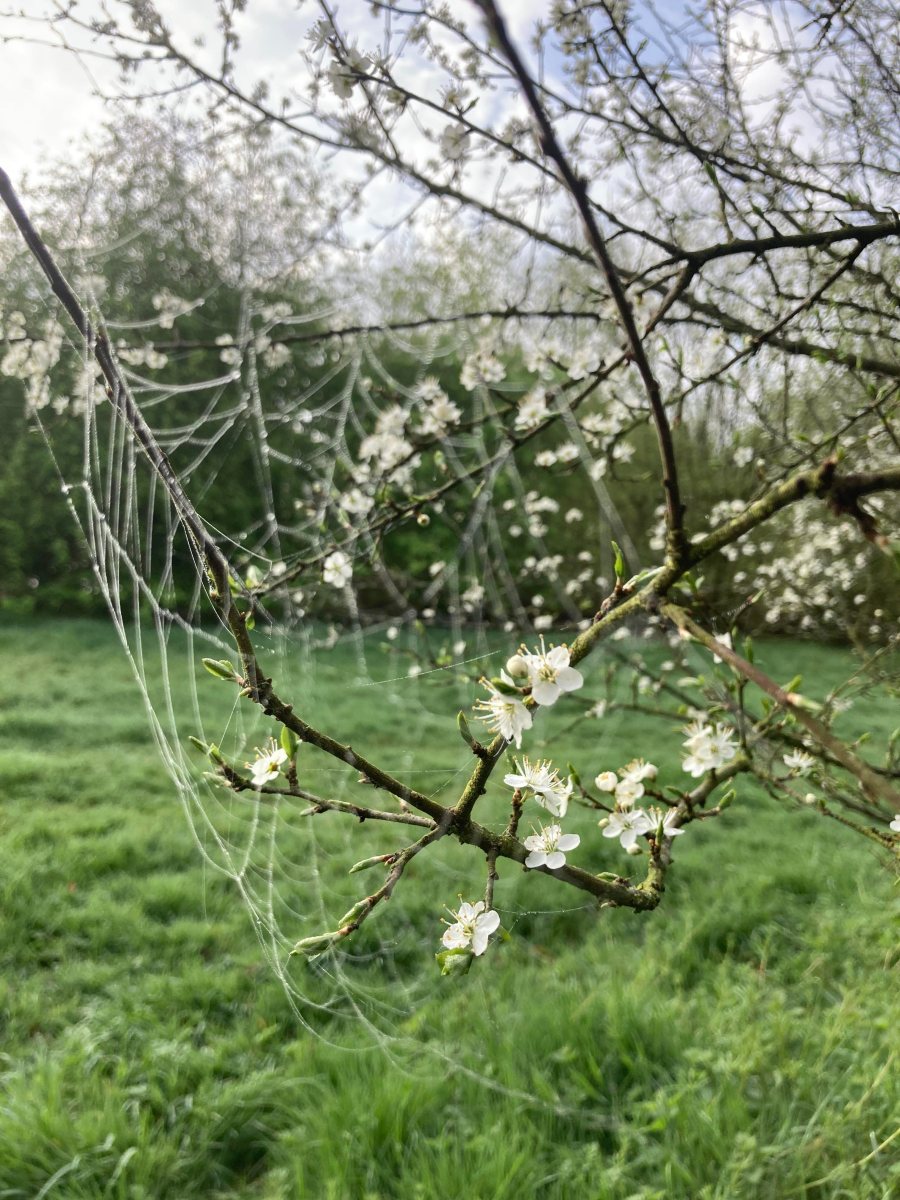 Counting down to the publication of The Witch’s Tree on May 17th, I thought I’d give you a bit of background about how the book came to be.

Boldwood Books asked me to write three timeline slip/ suspense novels, and I jumped at the opportunity. I love writing uplifting stories in the romantic comedy genre, but I also love to write darker novels too. The Witch’s Tree is the first of these.

I enjoy ghost stories, and The Witch’s Tree gave me a chance to embrace the idea of a haunted cottage, and to consider women’s lives in the late 1600s. I researched the history of witchcraft around the Blackdown hills in Somerset and created the village of Ashcomb, later Ashcombe, and Sloe cottage, called Slaugh Cottage in the 1600s.

The cottage was easy to imagine. The house I live in currently was partly built in the 1600s, and I wrote about the living room, where the hearth was opened up for cooking with a small bread oven, and the lobby, which was Grace Cotter would have stored herbs and food. There is an alcove in the living room, once the staircase to the upstairs bedroom. In Grace’s time, the roof would have been thatched and the bedroom divided into two, one for Grace and one for her father.

In the garden outside, there is a chattering well, where Grace washed clothes; a blackthorn tree, blossoming in the spring and sprouting bitter sloes in the winter. Across the fields is a place I called Hill Top Farm, where Grace worked as a milkmaid, where handsome Nathaniel Harper lived.

By the time Selena Cain moves to Sloe Cottage in modern times, the house has a warm farmhouse kitchen, an Aga, a new bedroom with an ensuite bathroom, a conservatory where she paints. But the old part of the house remains cold; there is a presence there, someone who will not leave.

As Grace’s history unfolds, Selena discovers witch’s marks over the door of Hill Top farm. I discovered the same mark, a hexafoil, engraved in the wood in the hall of my house. It was a really exciting discovery, linking me closely to Grace’s story.

Selena finds several items in the roof space. Recently, I converted part of the attic into a writing room. While rooting among the straw remains of the old thatched roof, I came across something Selena finds too. I won’t say what it is, but when you read the novel, you’ll know…

As I researched for The Witch’ Tree, I found out that a witch’s ladder was discovered in 1878 in a house in a local village. It was a one-and-a-half-metre-long piece of knotted string with chicken feathers woven into it, believed to have been used to make spells for drying the milk of neighbours’ cows and even for causing people’s deaths. Local superstition rumoured that a witch had lived and died in the building, and that the knots on the witch’s ladder were her curses.

The witch’s tree, the blackthorn, has a long association with witchcraft.  It was supposedly one of the woods used to burn witches on pyres, to deliver a final insult to the poor woman. A scratch from the thorns can be poisonous and it’s considered bad luck to bring the blossom into the house. Nowadays, as in Grace’s time, the sloe berries make a delicious liqueur when steeped in gin and sugar.

The research helped me to weave the story of Selena and Grace, two women in Sloe Cottage, their lives and their shared experiences. Or, as the prologue says,

Two women live in the house, embraced in its protective hold, watching, waiting. Two women, one then, one now.