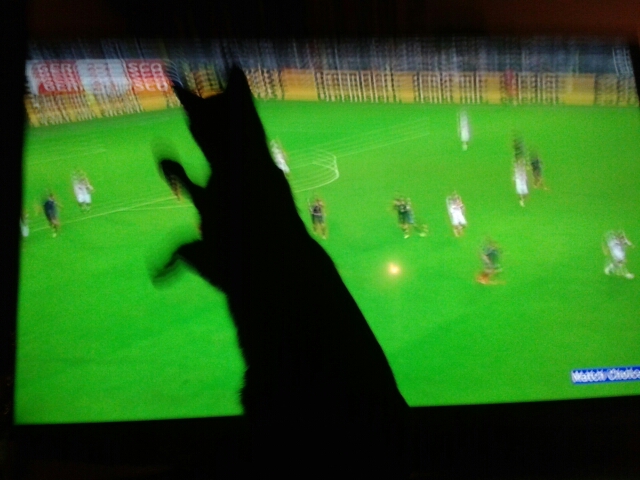 Like many people in England, I stayed up late to watch the exciting match between England and Italy and, like many people, I have been aware of the aftermath this morning on the news: I usually listen to a sports channel in the gym and the programme was full of regrets because the team lost and bad news because a minority of fans have been disrespectful.

England lost. They played well, especially in the first half, and they held their opponents to a draw in extra time, meaning that there woud be a penalty shoot out, the most random coin-tossing way to end a game. Then three young English men, two in their early twenties and one just nineteen, took the last three penalties and failed to score.

Of course, after a game, the mamager takes all the responsibility on his shoulders and pundits are ready to criticise the fact that three youthful and less experienced players were left exposed to failure. Southgate himself, when he was a player, missed a vital penalty in an important match, plunging his team into a situation where they lost the game.

Against that background, and I’m sure Marcus Rashford, Jadon Sancho and Bukayo Saka, are smarting today, there has been horrendous online racial abuse and camera footage of fans breaking into Wembley and behaving badly. Who’d be proud to be English today?

The answer is, the England team and the whole country should be proud of the achievement. There are so many positives to be taken from one narrowly lost match. We should not spend time and give credence to the negative behavour that accompanies the beautiful game. Thesr people are a minority, and do not represent the sport at all, although I hope the online abusers are taken to task and given a thorough programme of re-education – it has to stop.

I’ve never been a great England fan, although I do support my own Premiership team. But England as a team never really grabbed me. In my youth, the national flag didn’t signify much to me. I don’t need to mention some of the negatives that have come from certain flag wavers in the past. So, while I was happy when England did well, I wasn’t particularly moved by their losses.

This England team are different. They promote values that England, or any other national team would be proud of: Marcus Rashford’s tireless work for families in food poverty; Mason Mount visiting sick children in hospital; Jordan Henderson’s rainbow laces in his boots; Kalvin Phillips wearing a shirt with ‘Granny Val’ on the back, in memory of his grandmother. This team are a flagship for inclusion, equality and fairness in society and for me, that is England’s triumph. Forget the foolish few who still use sport as an occasion to be unpleasant. We should celebrate the positives. We have a team of young men who are heroes. They played heroically and the three young lads who stepped up to take those penalties demonstrated three singular acts of bravery.

As a team, England were seen as a united, inclusive and supportive group of men. Gareth Southgate, their manager,was a spokesman throughout for positivity and fairness. The players spoke lucidly about the values they promoted and I couldn’t help but admire them and get behind the team.

England will play again and become a better team for this experience: they are a young squad and they promote a culture where failure is not simply failure, it is a step towards success in the learning process. Yes, it hurts now, but they will be stronger and better for it. That doesn’t help much today – the team came very close to lifting a trophy, incredibly close. Today they will lick their wounds and wonder, if only…

But some of the images that come from the England fans, not the negative ones but the ones that make me cheer, are so important. The Muslim primary school kids in the classroom cheering the team on. The woman in the hijab who said that she suppoorts England because the team represent her. The woman who spoke on TV about being Raheem Sterling’s neighbour, how he used tho kick his ball over her garden as a kid and politely ask for it back. The England team have brought humanity, equality and fairness to football and they are a team who truly represent a country: they are brave, humble, tenacous, focused, fair, survivors.

I believe the England team will be a force to be reckoned with in the World Cup next year. And, whether they are successful or not, each team member should be proud of his achievements. Who says football doesn’t represent the best of a country? These young men were certainly some of the best and I am impressed, not just by their heroic performance, but for the people they are and the positive values they have made England’s throughout their campaign. Long may it continue.

6 thoughts on “The Triumph of the England Football Team”