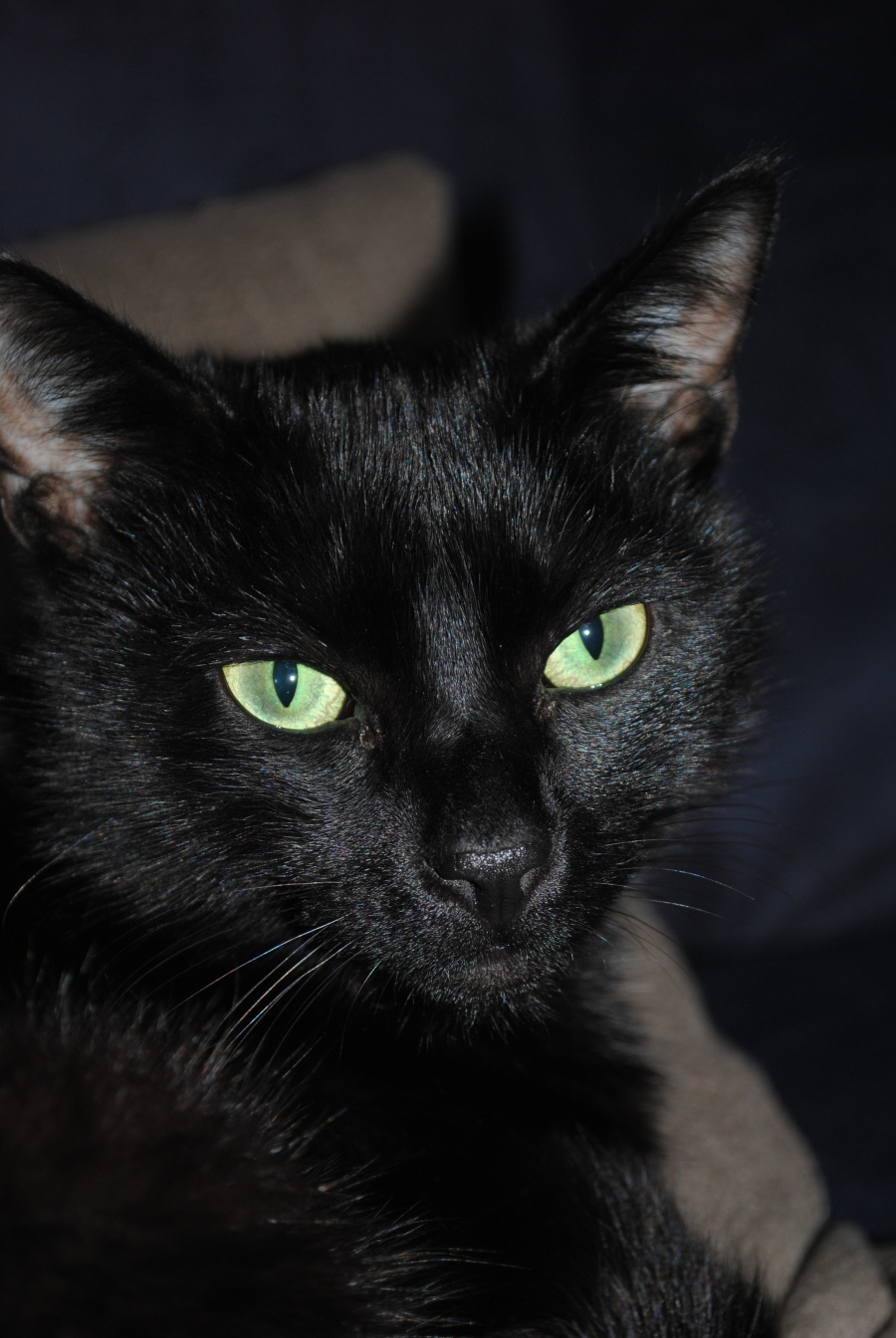 A few nights ago I was doing my Wuthering Heights impression, running around the garden in my pyjamas, shouting and waving my arms, screaming into the darkness as a storm blazed overhead. Cracks of thunder rumbled in the hills as lightning split the skies: everything was illuminated white and then swallowed in shadow again. I yelled and yelled, raising my voice above the battering rain. ‘Colin! Colin! Where are you, Colin?’

Even my wonderful neighbours heard me two fields away as they sat outside in the warm air enjoying the thrill of the midnight thunder. I expect they thought I had lost my wits. In fact, I had lost my cat.

It’s a harsh world sometimes in the countryside. Life is fragile and often cut short – it’s a common sight to see a rabbit or a badger, a pheasant or a squirrel pounded into the gravel by a passing piece of farm machinery. I’d been living here for three months when a neighbour handed me the limp body of Pushkin, my best cat ever, who had just been killed. We all know that moment of stunned disbelief when a life suddenly slips away. She’d been sitting on my knee an hour before, watching my daughter unwrap her birthday presents. She was a real familiar, Pushkin – we had an understanding. Then all of a sudden, she was gone and there was a huge gap which couldn’t be filled, not even by my other cat, Colin, who has been with me for at least eight years and is a lovely cat, albeit a bit bonkers.

My daughter, ever practical and wise, told me to adopt another cat. I tried the ‘nothing can replace Pushkin’ thing and was reminded firmly that another cat needed a home. So eventually I contacted the local animal rescue sanctuary and brought home two cats: Monty, now nicknamed TC, and Murphy. They are brothers, inseparable, once feral and, when I agreed to adopt them, they were not more than two years old. Colin hated them, but they soon all settled to live their separate lives of grudging tolerance.

TC and Murphy follow me everywhere. We go for walks in the fields. Locals call them the feral peril. They hang around me constantly in case there is any food going spare. They steal my breakfast. They can’t forget their feral roots, although they are both affectionate and sweet. Colin still hates them. He’ll spit at them, sit on my knee, growl at them both and a battle for ownership is constantly wavering between the cat camps.

Colin has never been a normal cat. He does this weird thing. If I’m in the bath singing Country Roads by John Denver, which I’m sure we all do regularly, Colin will leap onto the edge of the bath and swipe me with his paw, gently but with a clear intention to shut me up. So I sing it again, louder, and he yells at me, pretends to try to bite me and won’t leave the room, clearly impassioned by my singing. It’s hilarious. We caterwaul together for the entire duration of my bath. Colin is weird, bonkers and loveable.

I haven’t seen him since Monday; he hasn’t been home for four days. He’s been missing before for a day or two but hunger always brings him back. He belongs here. He sleeps on my bed – some mornings I wake up and he’s under the sheets purring. He’s a nice cat, Colin.

Hence, there was a need for the Wuthering Heights scene during the midnight storm, me in my pyjamas, running round in the rain yelling his name. ‘Colin, come home to me, Colin.’ But he hasn’t come home. Not yet.

I’ve asked all my local friends if they’ve seen him, driven round the roads where the farm machinery goes, checked hedges, the garden, home, under beds. No Colin. Not yet.

The cat ownership yo-yo has been in the ‘up’ position since I adopted Monty (TC) and Murphy. They are adorable, as is Colin. Of course, I still miss Pushkin and you may know the tale of Magick Cat who, when I first moved house,  packed his bags and decided to move in with new people a couple of miles away because he felt like it. They love him and he is so settled. Rejection is hard to take, as is loss. And it’s not easy, simply not knowing where Colin is.

Colin the cat may be a little bit low in the IQ department but he’s my cat – he’s streetwise (country-wise, really,) and a bit antisocial: he takes care of himself, shunning people he doesn’t know and avoiding anything motorised with an audible engine. He has a healthy appetite too – four days away from home will leave him starving, although there are a lot of feral cats nearby who survive very well on wildlife.

It’s difficult, not knowing whether he’ll be back at any moment, whether he’s shut in a wood store somewhere or lying under a hedge, shot by someone aiming at rabbits. He could come back today and I’ll grab him and shout ‘Colin, you’re back,’ and shower him with kisses, which he’ll hate but grudgingly tolerate so that I’ll feed him.

It’s difficult not knowing whether to refer to him in the present tense or the past. TC and Murphy haven’t missed him. As long as there’s food available on demand, they are happy, and I suppose they think there is more for them with him gone, and more space on the top of the bed. But I miss Colin. The yo-yo of pet ownership has taken a plunge down again and it’s currently swinging in the balance, not sure whether to rise or to slacken. But I haven’t given up on Colin Feral coming back. Not yet.

Eight days later, Colin’s back – hungry, drenched but purring. And I’m hugging him and dancing round the room – he’s home!!