I’m lucky to belong to several writers’ groups, including a brilliant local one and an online advice and support group. Before that, my regular writers’ group consisted of a bunch of genius poets and artists back in Devon. Before that, I belonged to an MA writers’ class where everybody was superbly talented. The world is full of great writers.

One day, in the MA group, out tutor sent us away for an hour and told us to write a thousand words on something vaguely associated with what we’d been studying. I went away and bashed happily on a computer and in due course we all reassembled, most students carrying coffee cups from the bar, where they’d been for the last forty five minutes.

‘So,’ our tutor said. ‘Did anyone write over a thousand words?’ I shot up my hand and looked around the room. I was devastated. I was the only one.

I kept my voice low. ‘One thousand seven hundred and …’

The tutor glanced around the class. ‘Anyone else do a thousand?’ Heads went down. He tried again. ‘Over five hundred? No….? Over three hundred? No…?’

Someone had written a hundred. Two people had thrown a paragraph of forty words together. One of our most gifted writers had thrown his three lines in the bin. One student grumbled, ‘I don’t see the point in doing this.’

The point was, apparently, to be able to write on demand, to fulfil a deadline. The point was, the tutor suggested, that so many good writers can’t do it.

Then this morning, in an online group, someone asked for help. ‘I’ve got a great idea for a novel,’ he said with enthusiasm. ‘I’ve designed the front cover. I’ve written the blurb. I just can’t seem to get started on the writing. Please can anyone advise me?’

It seems to be a recurring problem amongst writers: getting started, writing the first words, sustaining the first few chapters, not running out of steam after 20,000 words, avoiding the sagging storyline by the middle of the novel. So here’s some advice in the form of twelve tips. They may not all apply to you, but I hope that they will at least help.

Tip One: Be honest – know yourself. If you are a procrastinator, a person who loses interest quickly, a person who loses self-belief, factor that in to what will happen when you write, and prepare for it before it happens. You will need to know what you’re dealing with up front. It makes the next steps easier.

Tip Two: If you are happy planning in advance, and it certainly will help you with direction and continuity if you fall into the group above, then get ready to plan for all you’re worth. That means that you cover an entire wall with a huge sheet of paper and start plotting. Work out what will happen in your novel in five sections or acts. The first act sets the premise, tells the reader who the characters are and what they need to change. It throws problems or difficulty into the mix, conflict. The final act creates dénouement, resolution, answers questions from the first act or deliberately doesn’t answer them. The final act can be everything the reader doesn’t expect. Then you plan the acts in-between, what will happen, what will go wrong. At this stage keep it flexible, prepare to change anything and everything. as you go. If your instinct says something isn’t right, scrub it and rethink.

Tip Three: Do research up-front. Decide on your characters. Write your character’s background, time-line, wants and needs, fears and problems. Draw or find a picture of them if you need them to be clearly fixed in your imagination. Work out their foibles and idiosyncrasies, their strengths, their flaws and their Achilles heel. You’ll need all this for your novel. Develop your protagnist and from there, work out what your antagionist is like and why there is conflict. Who are the other characters? If they are bland or they don’t make you interested in them, scrap them and start again.

Tip Four: Use anything for inspiration to find out about your characters and plot in advance. But it’s important to clear your mind first. Rid yourself of any blocks, worries, hurdles, barriers. Go for a run. Discuss your ideas with a friend. Listen to music. Go on holiday. Then research. Impersonate. Inrterpret. Borrow. Whatever it takes.

Tip Five: Don’t worry if someone says ‘It’s been done before.’ I remember being told that Matt Haig’s wonderful novel How to Stop Time was the same story as The Highlander. Who cares? His novel is brilliant because of the way he tells it. The Highlander is a watchable film with a great sound track. Who says we can’t have both? There are only seven ideas anyway, apparently.

Tip Six: When you start to write, tell yourself that you will write for a specific limited time or bash out a limited number of words. Then do it. Two hours. A thousand words – whatever, but don’t stop to edit or read through. That can all come later. Get immersed and put it down on paper or screen.

Tip Seven: Don’t be afraid to walk away, take a few hours off off, but set yourself a strict time when you will come back. After a  reward – a cup of coffee, a walk, a trip to the gym, a visit to a friend, chocolate – all of these together, come back and make yourself write for another set time.

Tip Eight: If you are, like I am, a ‘pantser’, (some people prefer the phrase ‘an intuitive writer’) then forget the part about planning too carefully and just throw the first few chapters down as soon as the idea comes to you. We ‘pantsers’ are the ones who don’t seem to have a hard time getting started because we ‘fly by the seat of our pants.’ I never plan the whole novel before I start. I have an idea, a rough understanding of where I’ll be by the end, and I run with it. Once I realise where I’m going, I imagine a line graph – the rise of the tense parts of the story, conflict, new characters; the dip or contrast of comic moments, tragedies; more hardship, puzzles, unanswered questions, catalysts, more contrasts, more conflict. Then I use the graph to move the action forward and try to surprise myself at every turn. For me, the mental graph works brilliantly to keep the novel varied and balanced.

Tip Nine: I have a 20,000-40,000 word cut-off rule. If by that point, the characters aren’t lodged somewhere in my psyche and don’t keep me awake at night, invisible friends chattering and asking what will happen next, then I scrap the novel, or at least shelve it. If it’s ok at that point, I know I’ll finish it. Didn’t the Bee Gees say it perfectly? It’s only words, and words are all I have to take your heart away. If it doesn’t affect you, as the writer, emotionally, then how will the reader ever become engrossed and moved?

Tip Ten: Keep the negative critics and thoughts away at this stage. There will be high points where you think, ‘I love my novel to bits.’ There will be low points too. ‘Is this working? Does it feel right? Is it total banal rubbish?’ As long as you’re on track with your idea and your protagonist still captivates you, work through the downbeat  moments by keeping on writing in the knowledge that you can edit later. It won’t be perfect. Not yet. Not ever. Even when it’s in print and on the shelves, you’ll think ‘I should have changed this part to…’ So keep the stamina, the energy and the impetus going. Avoid the voice that says ‘You can’t write. You’re no good. You’ll never make it.’ Leave all that to the one lonely person out there whose life-breath it is to give writers one-star reviews on Amazon. But remember that everyone else might like it or even love it: they might be entertained, moved, made to feel happy. They matter most. You will get there.

Tip Eleven: Don’t fret over the idea that J K Rowling’s Harry Potter was turned down lots of times before she found an agent and a publisher and tell yourself you’ve no chance. Focus on where she is now. Of course you’ll need resilience and determination. It will be an interesting journey. But you need to write the novel first. Believe. Give it a go. It’s only words.

Tip Twelve: There will be hard times, times where you need to walk away, take a breath, work things out, come back. A novel is like any other close relationship. You fall in love. You fall out over something silly. You work hard to get things right. You come back together again and then it’s even better. Don’t give up. Don’t ever stop trying. Plan. Don’t plan. Edit as you go, don’t edit as you go. Find the way that suits your personality. But don’t ever stop trying. Keep the words flowing across the screen. Write every day, write most days, and write a lot. Be kind to yourself but strict with your characters and the flow of your novel.

Give it your best shot – nothing is ever perfect, but it can be special. And good luck to you. You’ll get there. Don’t doubt yourself. Believe and it can happen. And you never know – you might even enjoy the journey. 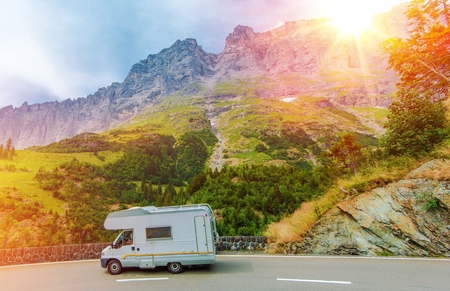