I work at my computer most days and listen to rock music on the radio on my smart speaker. I love a lot of the songs and I enjoy the DJs’ banter, the cheery voices and the sense of company as a happy voice rattles away in the background while I type. Most of the music is pacy and energetic, ideal when you’re writing a novel.

Of course, I am aware that there’s a down side of the radio station. The presenters are, reflecting the rock-music world, (bar one woman on the early slot on a Saturday and Sunday morning,) white and male. They seem nice enough guys but there isn’t much in the way of diversity, and that clearly needs to be addressed. The same is true when it comes to the music they play. But maybe other fans of the radio station would tell me that rock bands are mostly male and mostly white. I think that needs to change.

Of course there are the exceptions. Jimi Hendrix wasn’t white and he was one of the best rock guitarists ever. Janis Joplin wasn’t a man and she was one of the best vocalists, although her songs, influenced from a blues background, are chiefly about men doing her wrong: just listen to the heart-breaking Ball and Chain and Piece of My Heart.

Old rock classics are being played all the time on the rock radio station I listen to and some of the older songs bring with them the problem of their social history, specifically misogyny: some of the lyrical content is  extremely outdated. The 1980s wasn’t a great time for women being perceived as equal to men: anyone who has watched an episode of The Professionals on TV or seen Legs and Co dancing on Top of the Pops , their faces stretched in an everlasting grin of pseudo-enjoyment, will know exactly what I mean. There was a time when a modicum of racism and sexism were tolerated by some people more than they should have been. And a lot of songs on the rock station come from this era and reflect this problem. But we can’t tolerate all that silliness now.

Rock isn’t the only musical genre not to cover itself in glory when it comes to misogynistic lyrics. But the station I listen to every day, that I enjoy listening to, will occasionally play something that makes me shake my head with disbelief. I tolerate Hendrix’s Hey Joe, even though ‘he shoots his woman down’ for ‘messing round.’ I put up with ZZ Top’s reductive Legs and the Rolling Stones’ inappropriate Brown Sugar and Under My Thumb, simply because they have been around for so long, but I remain unimpressed with the absurd lyrics.

I can even tolerate Neil Young’s A Man Needs a Maid if I ignore the lyrics and just listen to the tinkly tune: apparently, Neil meant ‘maid’ as in ‘Maid Marian’ and claimed that it was a genuine love song. That’s fair enough if you know the context.

I actually like Dire Strait’s song Lady Writer despite the subliminal inference that being a writer is normally a male profession and Marina Warner, whom I’m guessing the song is written about, breaks the norm by actually having a brain and writing about history. But some rock songs are lyrically off-the-scale-silly.

For example, listen to Jack and Diane by John ‘Cougar’ Mellencamp. This one beggars belief. It’s about two sixteen year-olds sitting in Jackie’s car. He dreams of being a football star while she gapes vacuously at his suggestion of running off behind a tree and letting him ‘do what he pleases.’ Really? I know this is an old-fashioned 1982 song but the lyrics convey an archaic message about choices for young girls and submissiveness shouldn’t be a choice. Try reversing the genders in the lyrics and see how farcical it all sounds.

Then there’s Bryan Adams’ Run To You. According to the song, he has found a hotter woman to two-time his cold partner with but it won’t hurt her if she doesn’t know. Bryan should have spoken to Jimi’s Hey Joe about the rock-consequences of ‘messin’ around’. Hilarious!

Meat Loaf’s Dead Ringer is another of those songs about the passive, compliant woman with nothing better to do and, the most laughable yet perhaps, is Rainbow’s All Night Long. Just check those lyrics! It’s the same deal as Rod Stewart’s Stay With Me: women as a one-night sex-toy. Was it ever acceptable? I didn’t think so when I heard the songs at the time – it struck me as being misogynistic nonsense and nothing’s changed. As for the suggestion that AC/DCs Whole Lotta Rosie is about celebrating the larger woman! I don’t think so. We’ll just leave it there.

Clearly, my beloved radio station needs to clean up its act, embrace the spirit of the new decade and employ more presenters who reflect the diversity of the world. They need to insist on a playlist that doesn’t denigrate women and encourage some poor men to think that unless they conform to an unpleasantly outmoded mindless priapic male-stereotype, they fail to live up to the presupposed potency of their guitar-grinding gods.

There are plenty of brilliant male guitar heroes out there playing professionally who think differently, who value women for their brains and their personalities and who wouldn’t be seen dead popularising versions of  the well-worn  ‘shag them and leave them and treat them mean’ story. I know several rock musicians personally and they are great guys, feminists even!

There are plenty of other good rock songs, plenty of good tracks from the long-forgotten past that admire women without demeaning them: I like Natural Born Bugie from Humble Pie which came out in 1969 as it’s a great song and not disparaging in its glorification of female beauty. There’s Hendrix’s melodic Little Wing which is a romantic song with great guitar and vocals. I have no problem with songs about sex; Led Zeppelin’s Whole Lotta Love and Lemon Song imply that the female in question has a modicum of choice in the arrangement and isn’t duped into a brief night of passion and then quickly discarded.

There are wonderful rockers who are great musicians and vocalists who happen to be women too, from Joan Jett to Joanne Shaw Taylor, Samantha Fish, Beth Hart, Joanna Connor. There are also very promising modern male rock bands: Greta Van Fleet’s Highway Tune is a nice example of a raunchy song that is inoffensive to women, as all songs should be.

And for real diversity, let’s have more of The Hu, a Mongolian heavy metal band formed in 1996, whose song Yuve Yuve is about the respected ethics of their ancestors. All these are much more appealing lyrically than the outdated topic of how many schoolgirls a rock singer can line up to have sex with in one night as he ogles them from his vantage point on the stage.

Although I won’t throw the baby out with the bathwater, there’s a letter to be written to someone who makes decisions about playlists on my favourite radio station. Gone are the times when this laughable stuff was acceptable. We’re in the twenties now. So I’ll continue to listen to rock radio but I’m not putting up with inequality or lyrical offence. The days when that sort of stuff was grudgingly accepted as being part of a male-orientated genre have well gone. 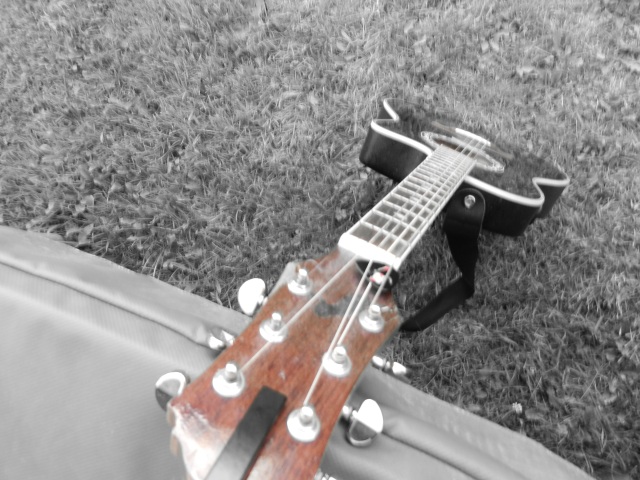